What Not To Do After Becoming Debt Free

Over the course of my life, I have been on many diets in order to shed a few pounds so I can feel good about myself. I’ve been on all-cereal diet where I eat cereal for breakfast, lunch, and dinner. I’ve also been on no meat diets, salad diets, and simply other various versions of eating less calorie-counting diets. All these diets worked well and I was able to reach my target weight within a few weeks of maintaining the diets. There was one recurring problematic theme in all these diets. I reverted back to my normal eating habits, and sometimes eat even more unhealthier foods as I felt I deserved it. After reaching the target goal, I came off of the diet and was not able to maintain the weight. I gained all of my lost pounds soon after and I was back to square one. 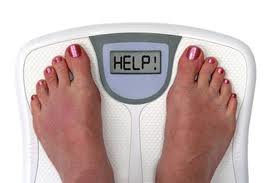 When it comes to personal finance, I believe the same analogy can be used. I know of a person, Randy who has always been in debt. While his spending skills were great, his savings and budgeting skills were basically non-existent. He often spent more than he earned and bought things he often could not afford. The next thing he knew, he found himself with a over $10,000 credit card debt. The good news is that he was able to turn things around by making smarter spending decisions and transferring his credit balance to a zero percent balance transfer credit card. He was able to become completely debt free in less than 2 years. Then it went all downhill again.

When I bought my new car, I was payment free for over 5 years. It felt great not having to have to make payments on my car. But when I needed to buy a replacement car, I didn’t go overboard of the price. Randy was only a few payments away of having his then current car completely paid off. It would have been another $500 added to his bottom line savings. Instead, he traded in his car to buy an even more expensive car. His $500 car payment suddenly skyrocketed to $600.

What he should have done instead: Pay off his car payments. Wait a year before buying a new one. With additional $500 a month of savings from his depleted car payments, he would have been much more stable financially and would have made a better decision on the type of car he would purchase. Not only that, his insurance on his new car was higher than his previous car, increasing his already high effective car payment. When you become debt free, you want to maintain that status, not increase your expenses.

Randy was living with a friend at the time but needed to find another place to live. Instead of finding a room to rent or even a small apartment, he decided that he wanted to buy a house. The little savings he had in his Discover Bank online savings account was completely gone as he used it for small down payment for his FHA loan. His $600 monthly rent skyrocketed to $1500 mortgage payment.

What he should have done instead: Buying a home is and will always be a big financial burden. Many people choose to rent over buy mainly for this reason. They just don’t have the capital to make ends meet. For Randy’s case, he should have sought out an apartment that offers lower rent or find someone who’s looking for a roommate. Both scenarios provide a more affordable option than a $1500 mortgage payment.

Randy found himself in a financial hole within only a couple months after his car and home purchases. He decided to try his luck at the casinos and hope for the best. His early success lead him to go back over and over again, which eventually ate away all of his savings. His credit card debt started to increase at this point.

What he should have done instead: He should have never gambled. The house always have an advantage and even if you’re successful in the beginning, you will eventually give back your winnings due to the unfair player advantage the games offer.

4. Don’t Get a Girlfriend

Relationships can be expensive and Randy was not in any financial situation to be in one.

It is very common for people to become successful in pursuing their goals. It’s also very common for them to celebrate their success in such ways that negate all they’ve worked hard for. Many people regain all of the weight they worked hard to lose because they don’t know how to maintain it. In the same way, we need to learn to maintain financial stability after becoming debt free.